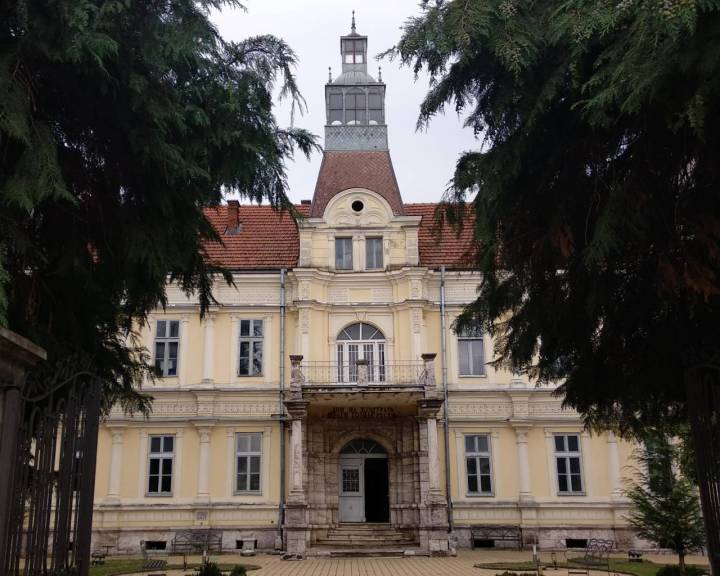 There is a small town called Resen, located in the southwestern part of Macedonia near Prespa Lake in the Prespa region. Prespa region is known as an agricultural region producing apples. It’s one of those places in the country that are off the tourist radar, however, there is one intriguing building that attracts the tourists.

This building outstands from the other buildings in the town by its size and its style. That’s why there are stories connected with this building, especially for the reason why it was built. Here are some of the stories:

Once upon a time, there were two friends who spend their childhood together, they were even calling themselves “brothers”. One of them decided to leave the country and live in Paris, France. After a couple of years, he sent a postcard to his brother and wrote:

“Dear brother, this house in the postcard is my house, I’ve built it here in Paris, but I miss  the Prespa Lake, I miss the Prespa’s apple and the Prespa’s air.”

When his brother received the postcard and saw the photo, He builds a similar house in their native town of Resen, Macedonia, without knowing that the Palace of Versailles is on the postcard. He took a photo of it, send it as a postcard with the text:

According to this version we have a small replica of the Palace of Versailles in Resen. We can see some similarities in the garden at least.

The other story is about a father and his son.

The son went to study in Paris and decided to stay there after he finished the studies. His father was missing him a lot and didn’t know how to convince him to come back. According to the palaces, he could see on the postcards that his son was sending through the years, he built him a palace in his native town. Unfortunately, that wasn’t enough for the son to come back and he never did.

The written facts are telling that the building which is known as Saraj nowadays (Saraj in Turkish means Palace) was built in the late 19th century by the local Ottoman bey, Ahmed Niyazi Bey, a progressive member of the Young Turk Revolution. He was the bey of the Resen area in the late 19th and early 20th centuries. The building is now home to a museum, a ceramic colony, a gallery, and a library. 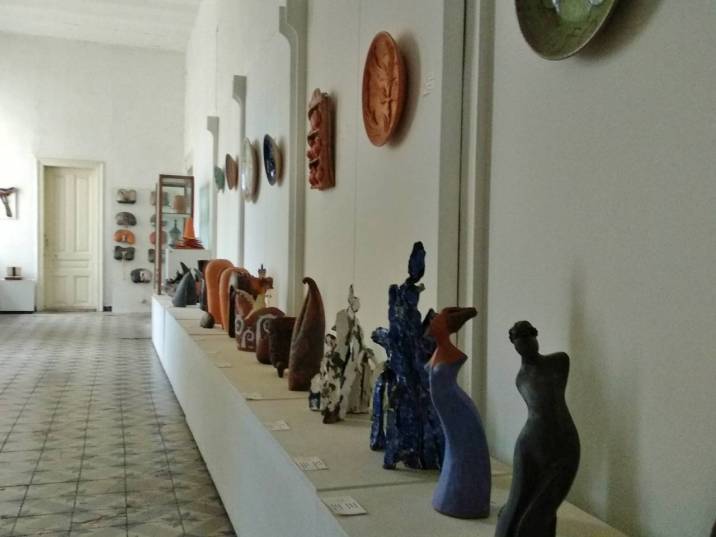 The Saraj is built in the neoclassical architectural style. The walls contain rich sculptural details, particularly on the facade. The roof was originally made of wood but, during renovation in 1982, it was replaced with steel profiles.

When traveling from Ohrid to Bitola or opposite don’t miss making a short stop in Resen to visit it.

23 thoughts on “The palace in the small town”